This One's For You*

I can't lie, internets--the last several weeks have been the hardest your ol' pal Peg have ever endured. But I've been regrettably absent too long; it's time for another bout of blog therapy. 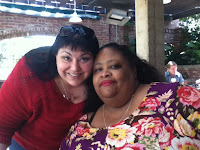 Mid-February, my blood sister passed away very suddenly and unexpectedly. We did not grow up together, but we grew into who we wanted to be together. I was her "sister in all but blood" until she drew on her Native American heritage and went to the local council to find out how to make me her sister, plain and simple.

Because many of you didn't have the pleasure of knowing her, this collection of anecdotes will have to suffice (though if you know me, you have seen, felt, and heard her influence).

When I first met Jacky, I was 19 years old. I performed at Scarborough Faire with the Omni madrigals in 1988, and was instantly hooked. I wanted to be a part all things Scarborough ASAP, so I joined the performing company for the Christmas fundraiser, Dickensfest, later that year.

A mutual friend took pity on the clueless creature I was and took me under her wing. Shortly thereafter she introduced me to Jacky, who of course hated me from the get-go. It wasn’t my fault, though. I had to belch, you see, and it was right about the time that—unbeknownst to me—Ann was saying, “… and this is Peg.”

I belched loudly and proudly right as Jacky turned to greet me.

She accused me of belching in her face but I maintain that I didn’t belch on her; she walked into the wake of it. It was her own damn fault! Fortunately, she eventually began to warm up to me, and, as they say, a beautiful friendship was born.

One of the biggest compliments I can think of is that our faire friends commonly referred to us as The Twins. Apparently we were, for all intents and purposes, interchangeable. Cast members would regularly come up to me and say, “Hi Jacky! Blah blah blah, Jacky — oh, and by the way, when you see Peg would you tell her blah blah blah?”

Of course, the same thing happened to her. "Hey Peg! Blah blah, blah—oh, and Peg? Let Jacky know yadda yadda yadda." They never realized their mistake, so we just carried on and relayed information between us as needed.

The funniest part for us, of course, was watching new people come in and get told, oh yeah, they’re twins. Soon enough they would nod knowingly, seeing past the difference in appearance, recognizing only the bond between us. That alone makes me the luckiest girl alive, I think.

Love Is All You Need

For the most part, I don’t actually mind getting older. Sure, there are the indignities our bodies undergo as we transition into middle age—parts shrink or expand, they grow spots or protest certain activities loudly and painfully. That’s all largely “meh” in my book, as it’s just part of life’s cycle. Aging is also usually preferable to the alternative—except when it means you've reached an age where friends start dying of natural causes.

My RenFaire community recently lost a friend. Brian and I weren't super close, but there’s a bond between performers that’s a kind of shortcut. You don’t have to battle through life’s trenches together to develop a healthy level of trust and respect; a weekend or two on stage or in the lanes will get you there. 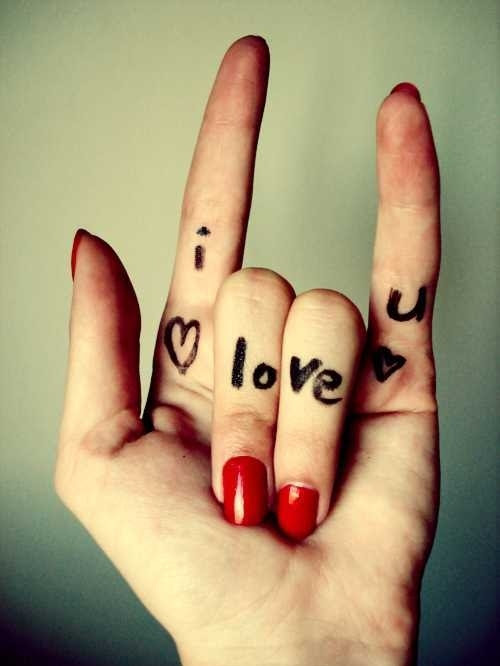 But when someone from the community dies, there’s a double-whammy. In addition to my own sadness, I’m processing that of my Faire Family. There’s a hole in that world now, and it takes an additional toll on my psyche to feel the reverberations of waves of grief across those sympathetic fibers that connect us as Family of Choice. For me, that is far worse than my own sense of loss.

When I found out, I wrote a Facebook post exhorting everyone to never fail to let friends and loved ones know how much they are loved. I also reaffirmed my love for them.

Well hello there internets! It's your long lost pal Peg, taking a moment away from her long winter's nap to wish you Merry Christmas, Blessed Yule, and/or Happy We-Survived-the-Mayan-Apocalypse! Of course, in my MBLF* world, there's no better way to do that than through music.

And yes, internets, I know what I'm talking about with Christmas music. I spent 14 years in a professional caroling group (complete with Dickensian costume and Cockney accent), directing the group for nearly half that time. I'm kind of a carol snob. Wailing divas or cutesy pop pablum don't tend to make me happy in general, and they're downright maddening to me at Christmas.

As you'd expect, this playlist is pretty diverse. Swing, ska, folk, rock, Celtic all figure prominently, evoking emotions that range just as widely—joyful, jubilant, wistful, mischievous, reverent. (And of course there are a few cartoons represented, because Christmas without Muppets or Whos is unconscionable.)

Some are chosen for novelty, because I can't resist a musician who successfully ventures outside their usual genre. Some have meaningful lyrics, some remind me of childhood, and some are simply beautiful for their stark simplicity or lush harmonies.

Note that the first track is distinctly NSFW. Please avoid it if you have delicate sensibilities!  It's from the South Park Christmas episode Mr. Hankey's Christmas Classics. It just makes me giggle, but for many it's beyond irreverent and downright offensive.

So with that, internets, I wish you all things merry and bright, and more love than you can handle so that you have plenty to share. The world needs more of that, but especially at Christmas.

Today's post will be blessedly brief, internets, for I am about to undertake some Halloweening. However, I cannot let today go without an MBLF* post. I do love everything about the holiday (candy! skulls! dress up! witches! bats! etc!), and the music is a big part of my joy (fits in with my stealth Elder Goth status).

So allow me to share with you my seasonal playlist (that, to be fair, gets played pretty frequently all year long). I didn't include the Monster Mash-y, kitschy stuff, instead opting for a sprinkling of Jonathan Coulton when some nerd flavor is required. Some of the tunes don't reference Halloween-type topics, but have a spooky feel to them, and there's plenty of old school Goth for good measure. It's currently 77 songs long, so you should be able to find more than a few bits of choonage to your liking.

Square Peg
Music-based life form striving to be the most authentic me I can be. Recovering perfectionist. Too good at playing Devil's Advocate. Unrepentantly believes in compassion and respect. Thinks the world needs more of that last bit, too, even though the Mean Girl That Lives In My Mouth wins, sometimes. My thoughts range from silly to spiritual to sublime and back again.